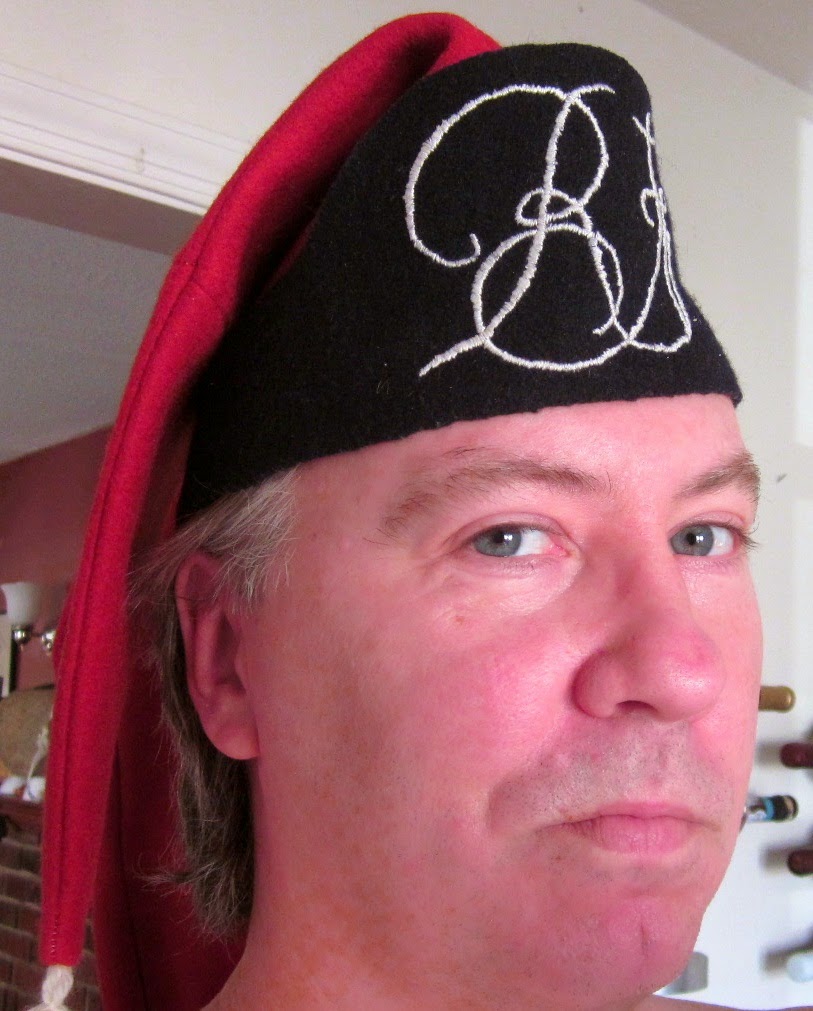 Nothing wrong with it per se. There is plenty of evidence for floppy elf caps. Eighteenth century soldiers wore these  to preserve their expensive cocked hats when it was time for manual labor. For instance, there are these hearty chaps toiling away on the defense of Boston in 1775:

Lieutenant General Archibald Robertson of the Royal Engineers depicted redcoats doing what they do second best: digging. They are barefoot in slops, shirts, and caps. In his series The Packet, Mark Tulley argues this is the most common cap, and I agree.

Were there other types of fatigue caps? Probably. Like enlisted men's coats, the caps tended not to survive. My friend Jason Melius, assembled some intriguing evidence for another kind. Take a look at some details in the works of Paul Sandby. 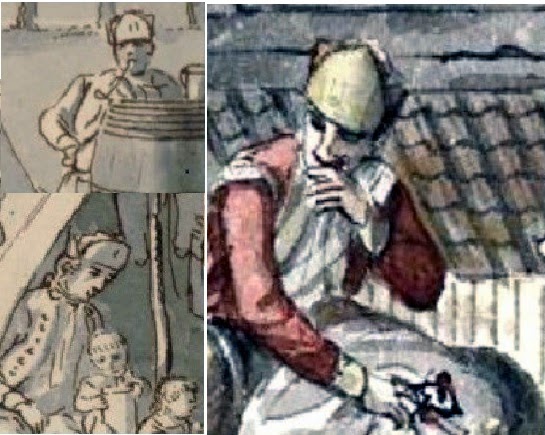 About the only thing we can say for sure is there is no tail. One could argue that there are projecting ears of some kind. The front plate is large, in the coat facing color, and may have a number on it. It brings up some intriguing questions. What's with the ears? Fatigue hats in the 20th century have ear flaps and bill for when it gets cold. No reason there can't be such a thing as a practical 18th century cap. 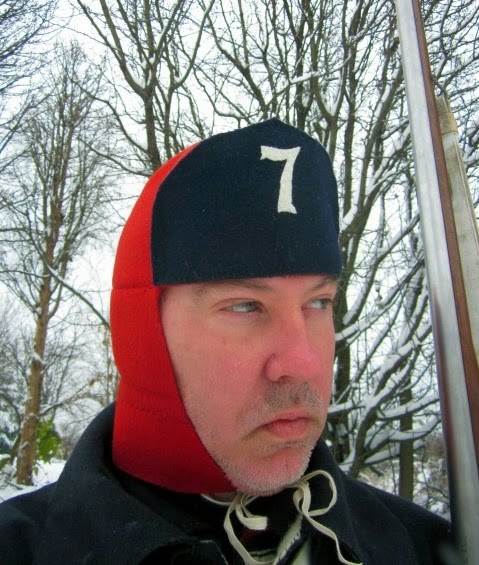 Like this. The ear flaps fold up and tie behind the front plate. They stick out like mule ears. The regimental number is a reasonable ornament, and easy to make from scrap wool. It is ideal for work party wear, and protects our brave Fusilier from the harsh North American winter. Especially when combined with the new great coat.
Posted by the drunk tailor at 10:55 AM 2 comments: