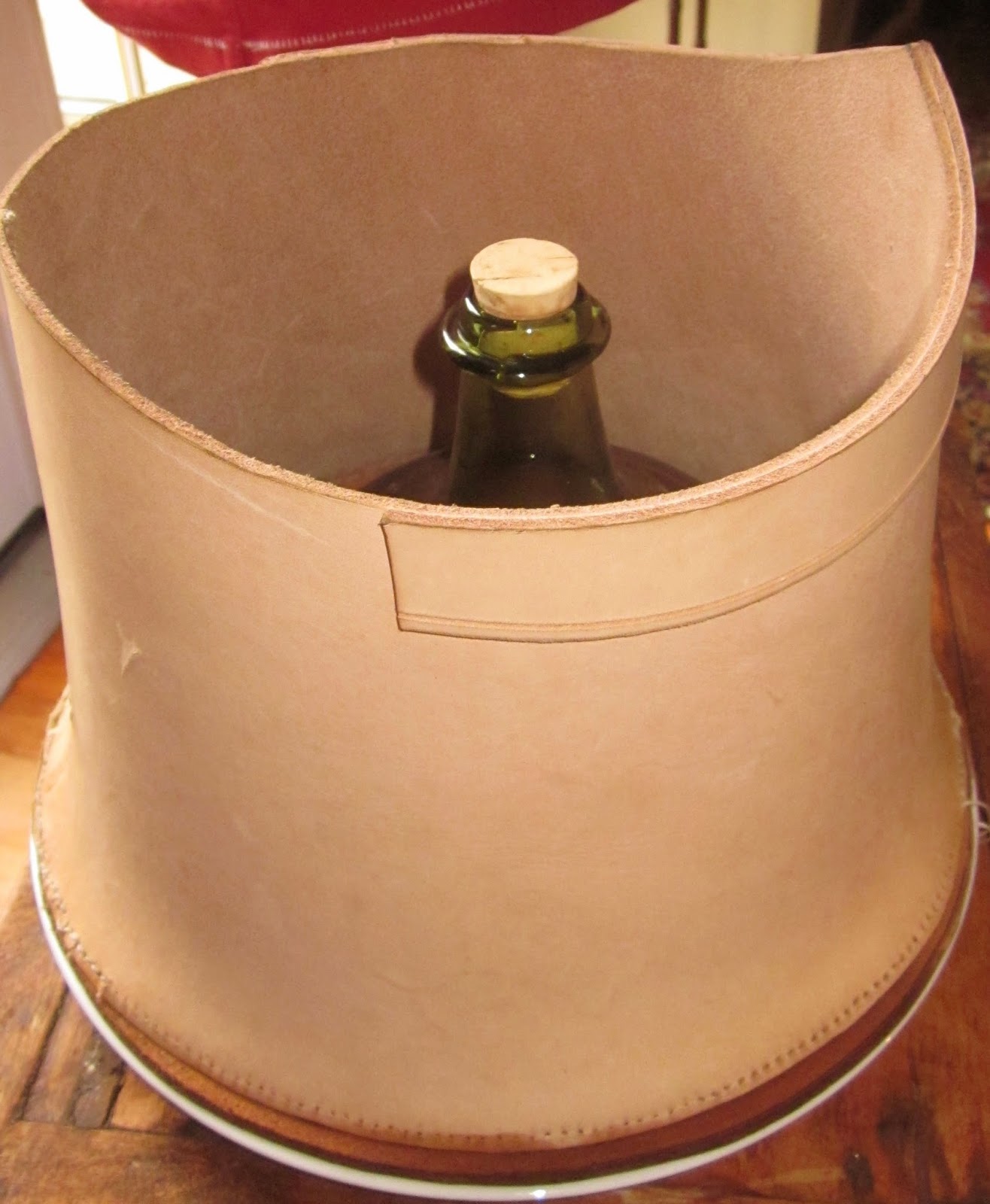 Progress is painfully slow. Emphasis on painful. The top has slowly flattened, and it looks as if the edges won't match up. The shako should have a convex top to fit.

A wet sponge and a perfectly-sized plate will fix the issue. The replica onion bottle full of water acts as a weight on the wet top. Edge stitching is massive PITA. The thread tends to tear out if the hole is too shallow. There are hints of a weird pucker developing. Cross your fingers.
Posted by the drunk tailor at 5:05 PM No comments: 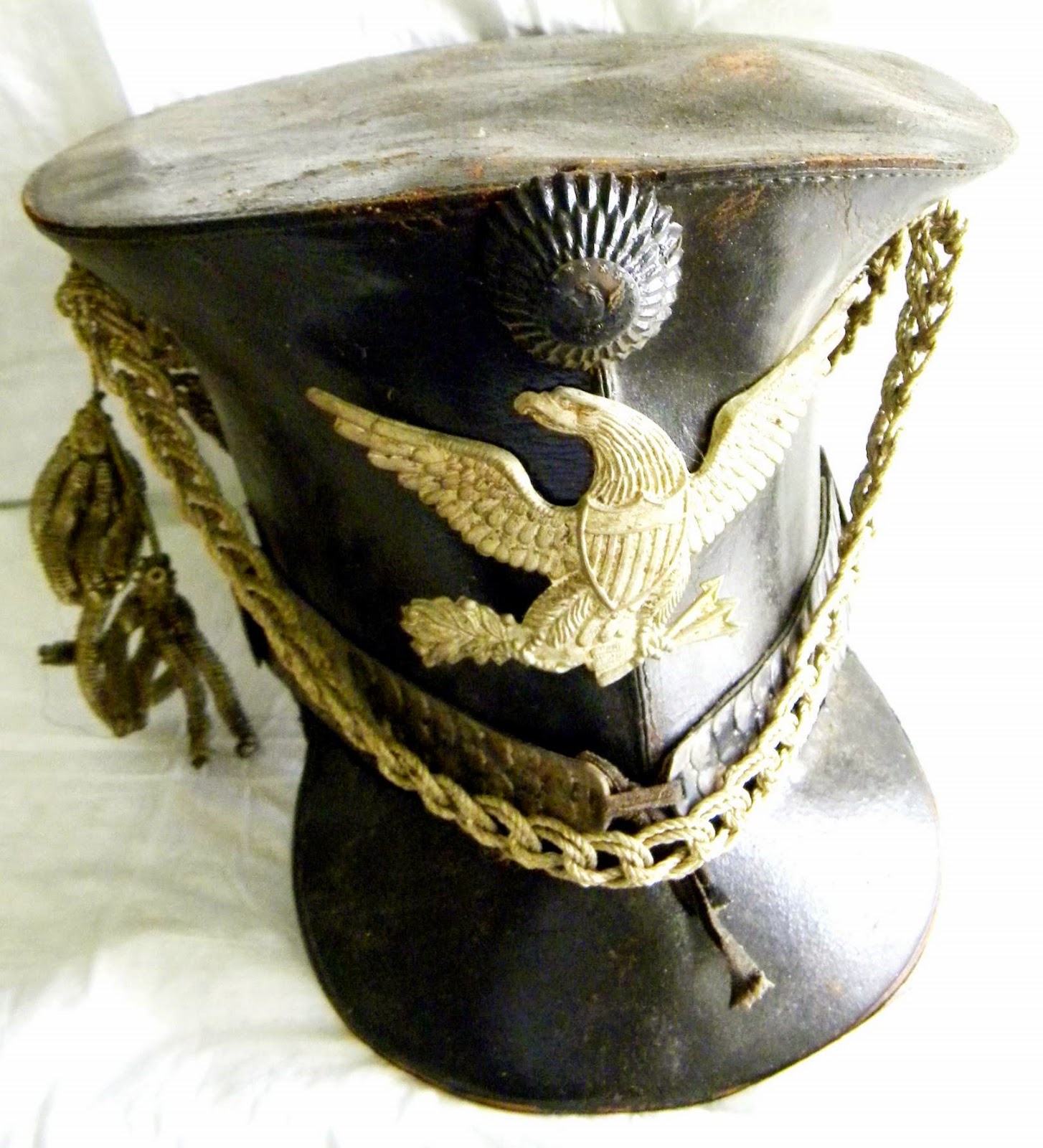 Harness and saddle makers added these to their lines of military accoutrements as they are entirely made of leather. Dyed black, they were coated with gloss varnish, and hung with all manner of metal decorations. The shako is surprisingly light and impractical.

The convex top is wet formed over a wooden mold and cut to the exact shape and size of the body. Stitch holes are marked and punched with an awl. 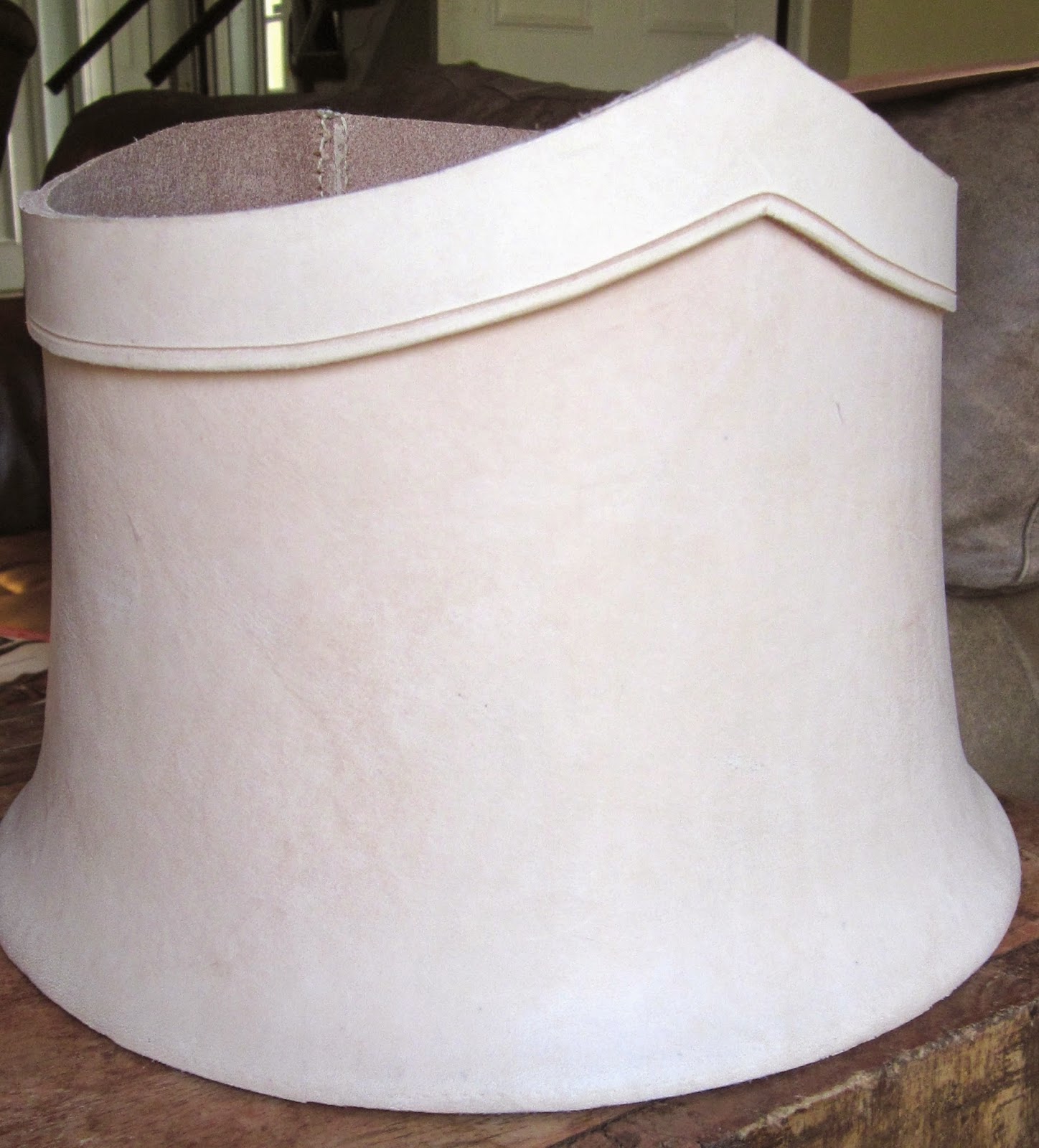 The body is edge stitched together from the inside and formed over the same mold as the top. After drying, the bottom is cut in graceful curve with a point in the back.  A trim piece is glued on, ending just in front of the ears. Strangely, the body seam is on the front, but none of the stitches are visible and eagles and chain &c. will hide the faint joint.

Matching stitch holes are made at the apex and emerge along the top edge. Careful pressure with the awl prevents (much) finger stabbing. 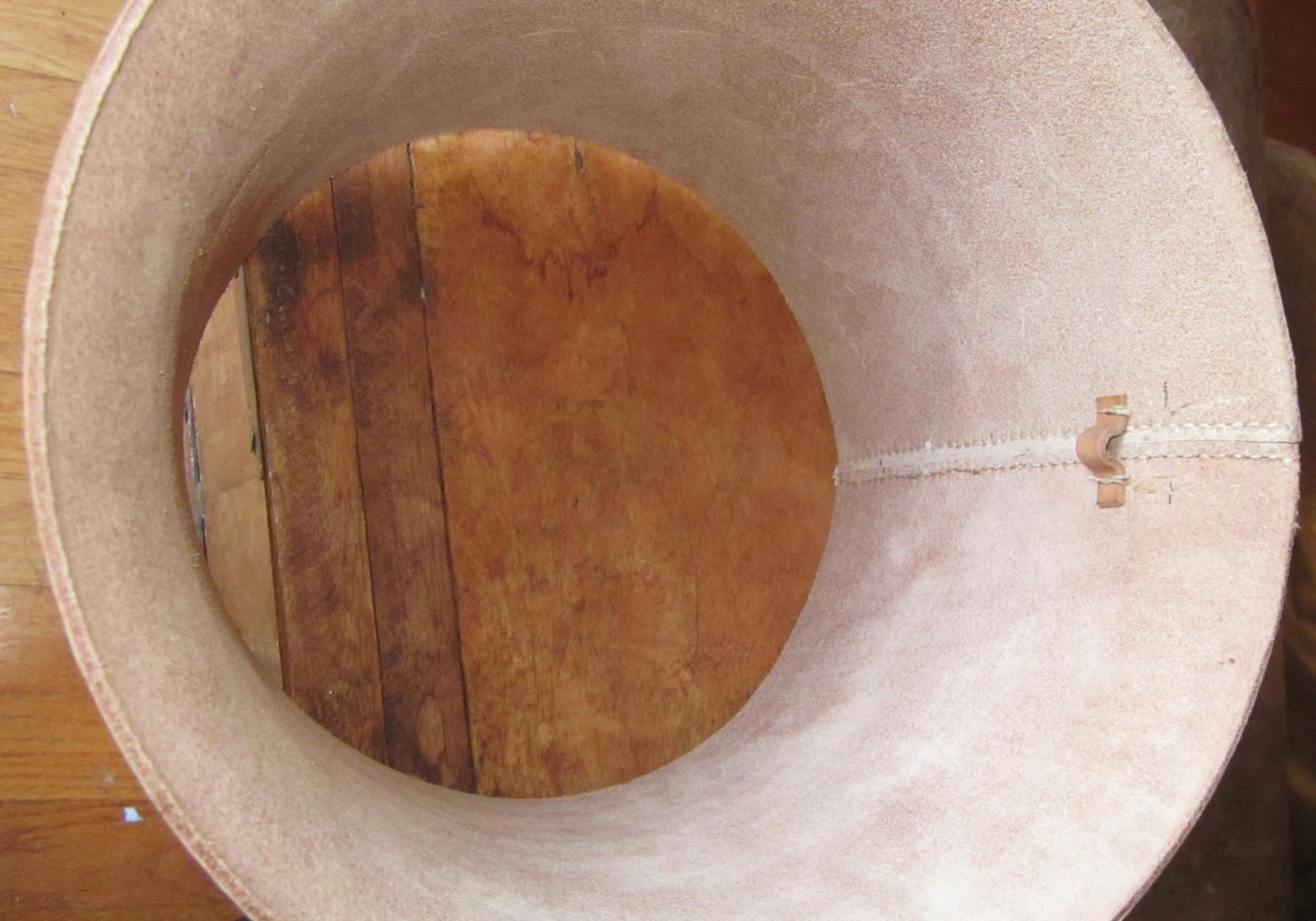 Before adding the top, a small tab sewn to the front will hold the RIDICULOUS plume (like it needs more decoration.) The distinctive bell shape is apparent. 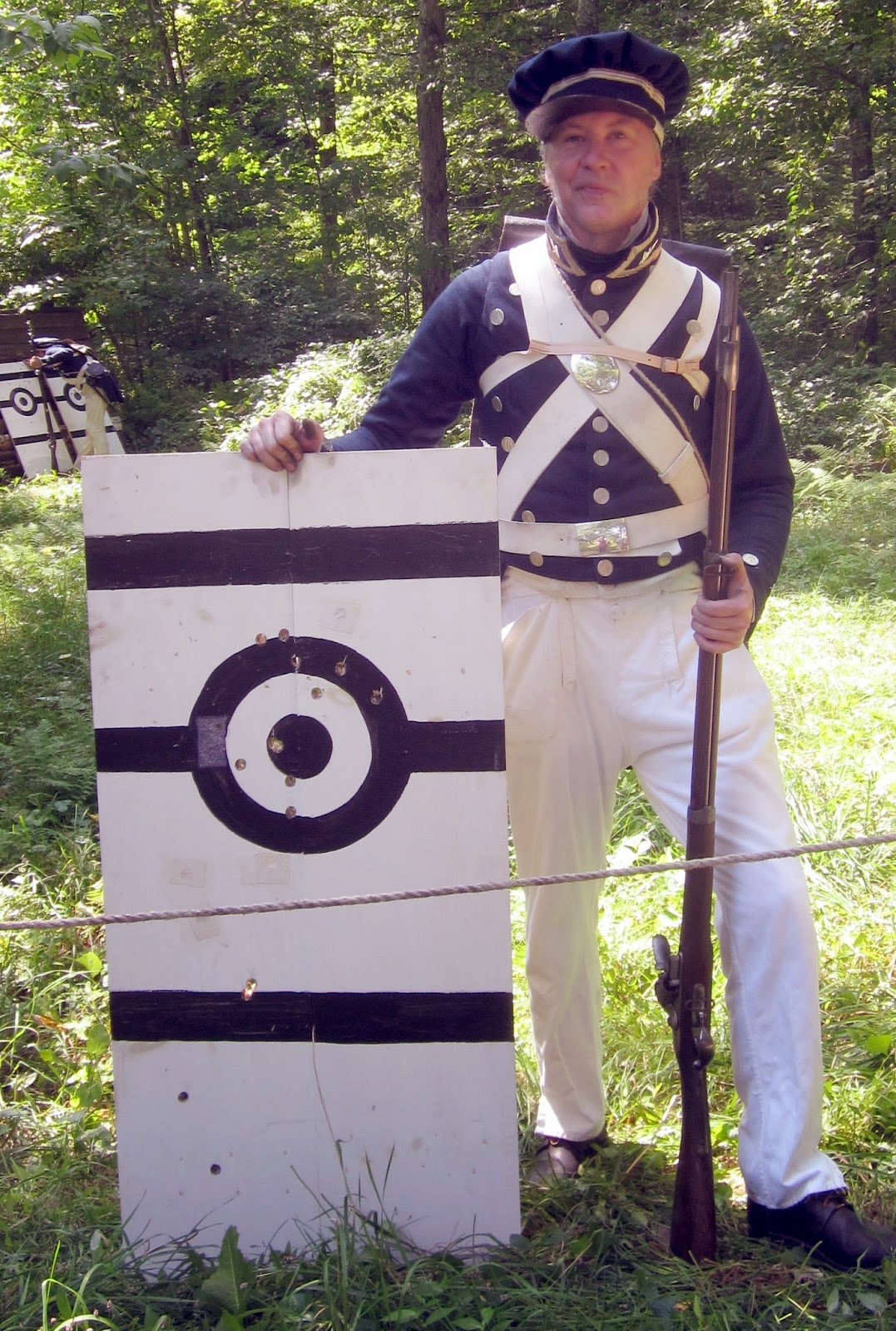 The spirit of Andrew Jackson ran high in New England during the 1820s. Patriotism, coupled with new found wealth enabled the formation of "volunteer" militia companies in towns large and small. Reform-minded fellows sought to change the image of the drunken amateur soldier.

The Oxford Light Infantry managed to complete their uniforms in time for a visit from Marquis de Lafayette in 1824. Local tailors, sign painters, leather workers, and gunsmiths outfitted the company in ways the US military could only dreamed about. 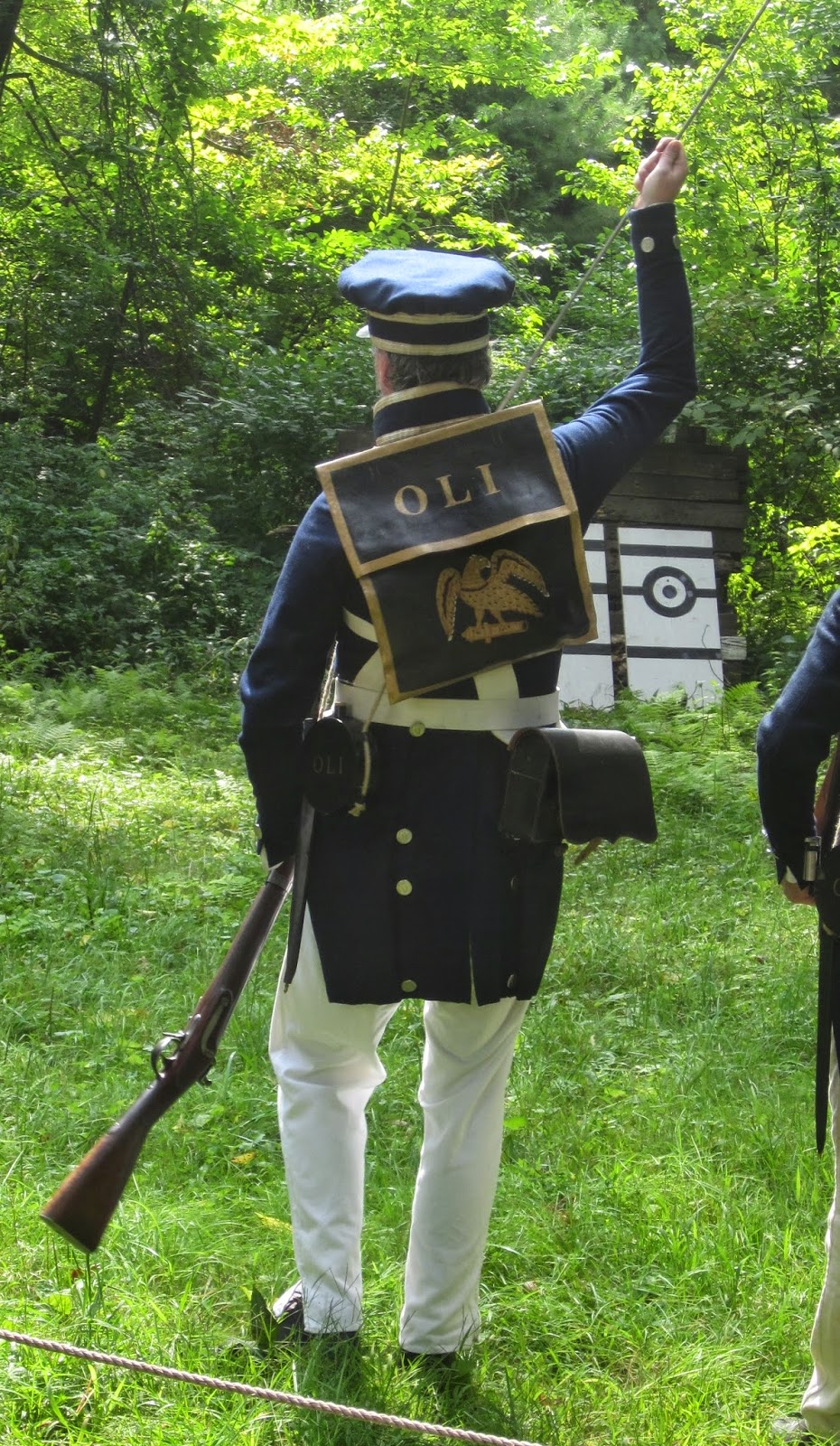 The "Invincibles" drilled regularly, competed in shooting matches and fought sham battles with companies in other towns. They disbanded sometime around 1838, never having fired a shot in anger. The uniform is quite practical, with the exception of the pack, which has thin cotton straps and can't hold much more than the fatigue hat and some cigars.

Keeping the trousers clean requires some effort, as does the lace (tarnished by the buff.) After examining several surviving coats, the collar was shortened and hooks and eyes added after these photos where taken. 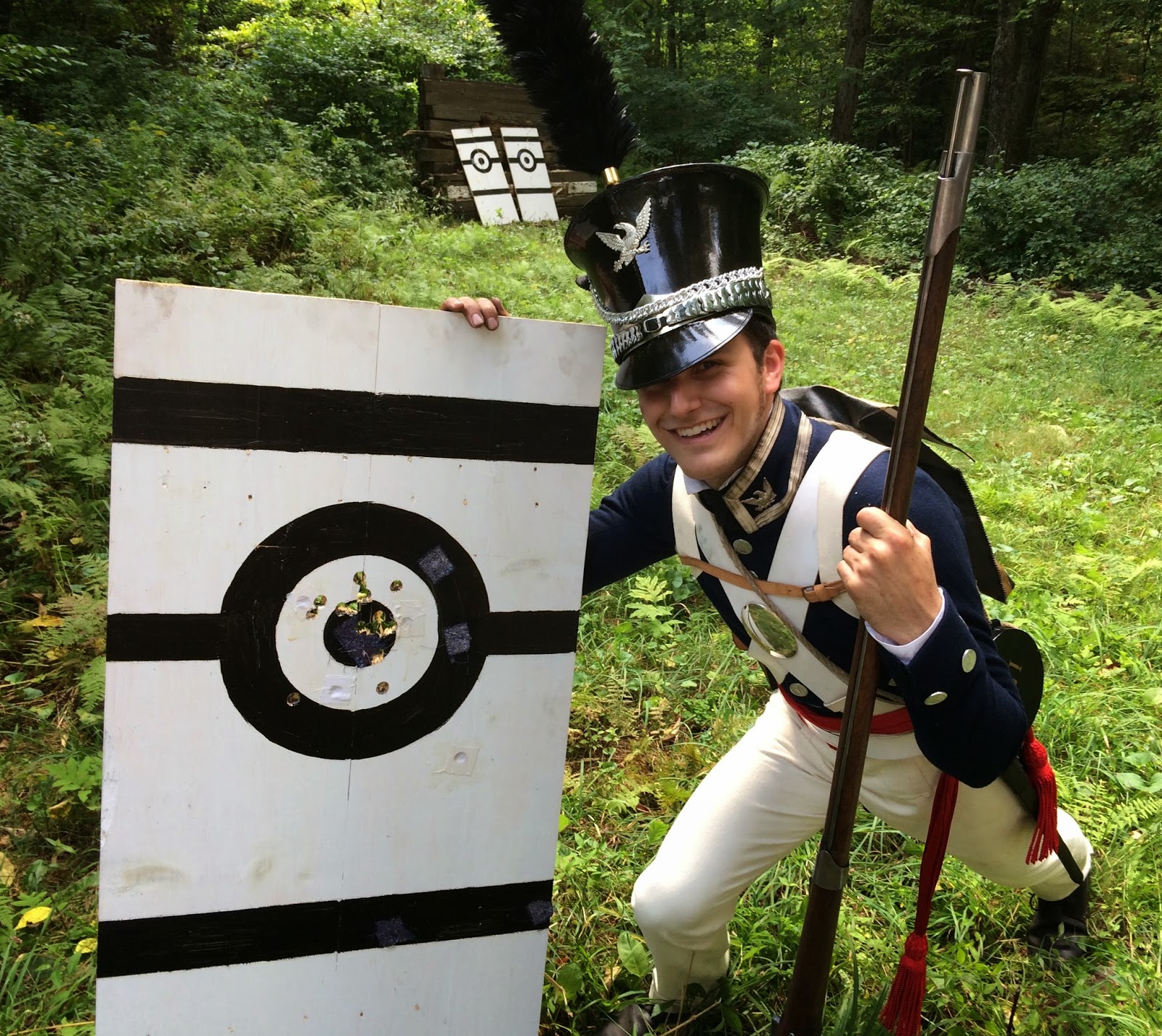 Derek is wearing the one item needed to complete this uniform: a bell crowned shako. Stay tuned.
Posted by the drunk tailor at 7:54 AM 2 comments: